Summer in the City

Not only beaches and the sand between your toes can give you a feeling of vacation: City trips are nothing less popular for summer trips. We’ve looked up our highlights that are perfect for your next short trip. 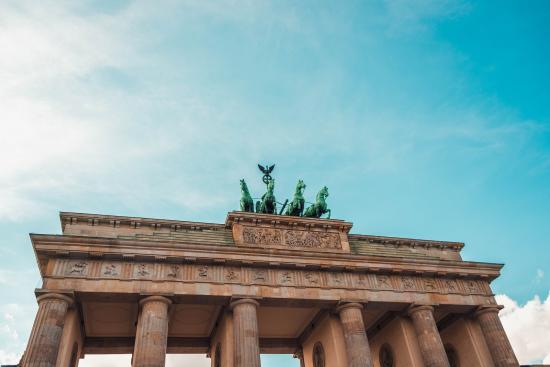 Stand up paddling (SUP), licking vegan ice cream and enjoying the evening sun in Germany’s capital: Berlin has a lot to offer, especially in summer. Visiting the city’s highlights by bike instead of jumping on different busses – that’s the German summer. Even though you can’t miss famous places like the Bundestag, the Potsdamer Platz or the SONY Center. Regarding the hot temperatures we had in the past few weeks, the Spree is a perfect place for a little cooling. 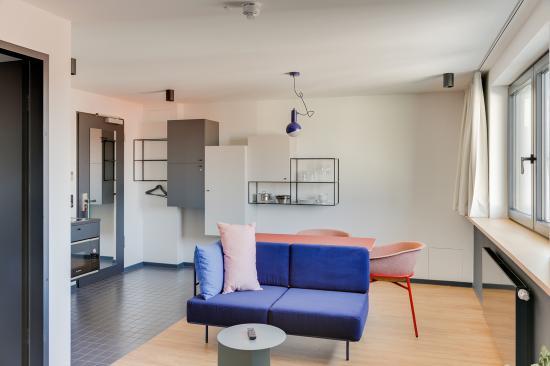 When you’re done riding your bike through the crowded streets of that mega-city, the sound of silence seems to be the perfect variety. Leaving the trouble of the city behind and enjoying self-made Spaghetti Carbonara with your loved one’s – imagine anything more cozy? That’s the very best reason to stay at the STAYERY which is ideal for short or long trips. The new-built house in Friedrichshain, a trendy neighbourhood in former East Berlin, is suitable especially for a younger target group. Backpacking tourist on the run through Germany, long-term vacationers who love stylish accommodations or even the happy couple who Is looking for a nice and somewhat different hotel experience: The STAYERY versatile just like its colours within the apartments. The gaudy blue sofa in the middle of every apartment is an absolute highlight in these highly modern furnitured rooms. The feeling of coming home while staying in Berlin is what the STAYERY is keen about.

Between Sachertorte and Empress Sissi 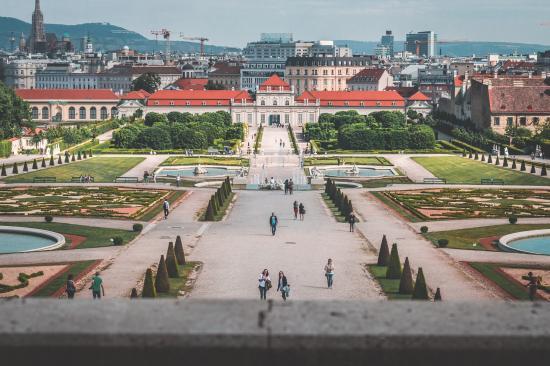 “Sissi – Franz” might not be yelled through the little streets of the beautiful Austrian capital Vienna since the famous film with Romy Schneider (the Germans will know). But Sissi’s city has a lot more to offer than her home, the well-known Castle Schönbrunn. For the one’s who like it a bit faster, the Hot Rod City Tour might be a good choice: You experience the city of Vienna within a little soap box in two hours. Is there anything cooler? Yes: Whirling through the air to get a little cooling is possible when visiting the “Wiener Prater” where you have a fantastic view above the city. You can see the little tourist strolling around the film festival at the town’s hall place. You can even see the the inhabitants relaxing at the Old Danube and dangling their feet in the refreshing water. 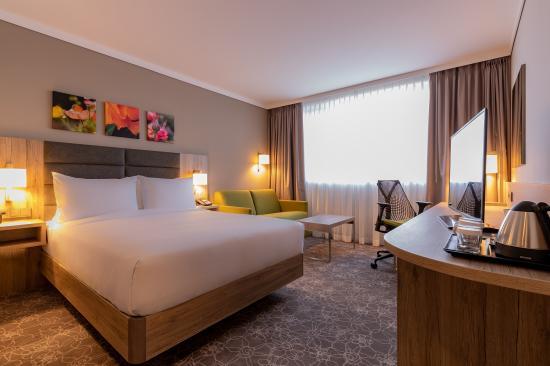 Relaxing is also possible in the city park of Wiener Neustadt. The city with nearly 45,000 inhabitants is about 50 kilometres southbound from Vienna. You can even reach the Hungarian border within a few kilometres where “Graf Andrássy” is probably still waiting for Sissi to come (Romy Schneider is never letting you go once you’ve watched all three movies). If you’re looking for a place to stay far away from the loudness of the pulsing city Vienna, you can best stay at the freshly opened Hilton Garden Inn Wiener Neustadt. The classic room design is joined by some modern colour accents and even more modern furniture. The view out of the hotel’s windows is absolutely stunning where you can see the old fortifications from the 16th century in the city park.

"Manhattan by the Maas" 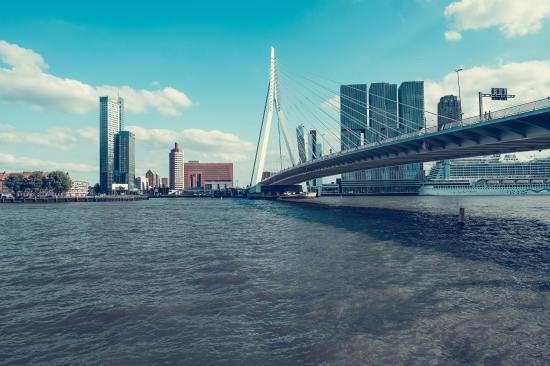 Leaving all the capital’s vibes behind, our way leads to the Netherlands. But we aren’t stopping in Amsterdam, like most people would do. We are visiting Rotterdam which as so many lovely places to explore: The second-biggest city in the Netherlands is home to the largest seaport in Europe. The Old Harbour is perfectly suited for cooling down from the hot temperatures in summer. Within the numerous lovely cafés, you can enjoy your iced coffee with the best view on the “White House” which has been the very first skyscraper in the whole city. Since 1898, many skyscrapers followed the “White House”. That’s why Rotterdam often is called the “Manhattan at the Maas” (river that flows through the city). 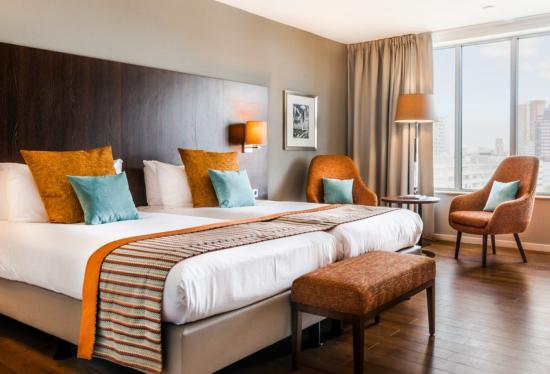 The one’s who like it divers – meant as it says – need to see the Kubus house in the middle of the city. The Dutch architect Piet Blom developed the concept of a residential building in the 70s. Blom set huge trees as an example: The The treetops are the cube-like structures that should be used as dwellings. Today, the Academy of Architecture is using to of these Cubes, one is available for public visits. If you’re following the famous Erasmus bridge and take a little detour, you reach the Bilderberg Parkhotel Rotterdam. The wavy hotel design is just as vivid in the hotel rooms themselves as from the outside. From a pretty armchair near the wavy shaped window, you can enjoy the the evening view above the beautiful city near the North Sea. Just like waterdrops, the splashy colourful accents rock the big hotel rooms.